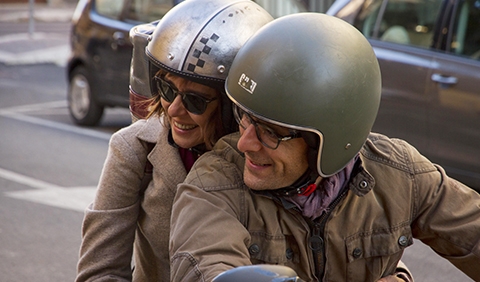 Teo is a creative in a trendy ad agency. Nice and charming he enjoys life as an elusive womanizer. Emma is blind since the age of 16 but that has not stopped her from becoming an osteopath. She is pretty, vibrant and has great friends. When they first meet, Teo is mesmerized by her voice. Intrigued and attracted by her as he has never been with a blind woman, he takes her on a date.