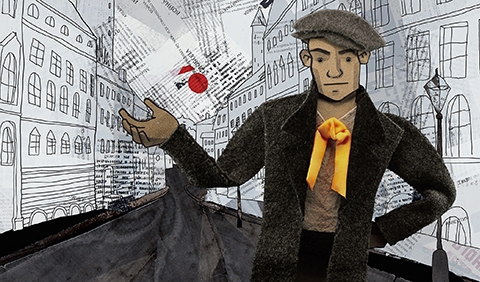 St. Petersburg 1917. The frontline of the global war is coming closer everyday; people are hungry, worried, angry. In February the tsar is overthrown. Starting in October, the Bolsheviks rule by themselves. What were poets, thinkers, and avant-gardists like Maxim Gorky and Kazimir Malevich doing during this drastic change of power? With their own recorded words in their mouths, in the moments during which the outcome of the history is still unknown. 
Born in Gera, Germany, in 1970. She studied filmmaking in Berlin and London. Directed several shorts and TV documentaries, such as Dunkler Lippenstift Macht Seriöser (2003) and Polen für Anfänger (2010). 1917 - The Real October is her first feature film.