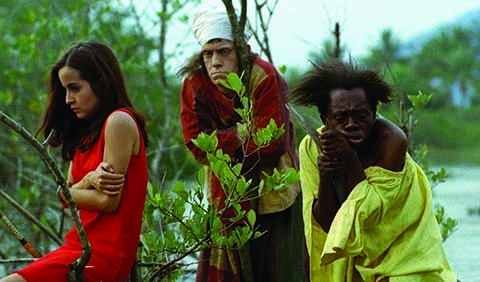 The adventures of Macunaíma, a lazy anti-hero with no character. He is born black in the hinterland, but becomes white, goes to the city with his brothers, gets involved with prostitutes, and guerrilla fighters, and faces all kinds of people in his journey. Based on the homonymous book written by Mario de Andrade.