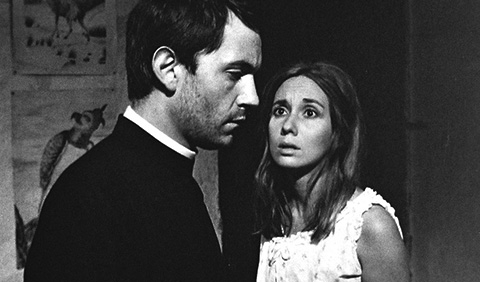 THE PRIEST AND THE GIRL

THE PRIEST AND THE GIRL

A newly ordained priest is involved with a young lady from the town where he will achieve his priestly mission. The richest man in the place, jealous as all the inhabitants, proposes marriage to the girl. Facing the anger of the place, the priest runs away with the girl but, when fulfilling his desire, returns to the city to receive the punishment.