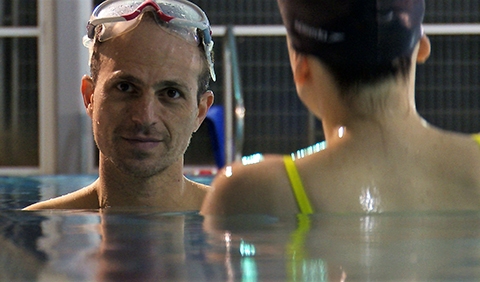 Elad was born deaf to a hearing family. After his mother’s tragic death and the breakdown of his family, he makes the most important decision of his life: to become a father. 
Graduated in visual communications from the Bezalel Academy of Arts and Design, in Jerusalem. He is cameraman and illustrator, and an actor in children`s plays at the Nalaga’at, a center of culture and arts for deaf, blind, deaf-blind and the general public in Tel Aviv, Israel. The Sign for Love is his first feature film.