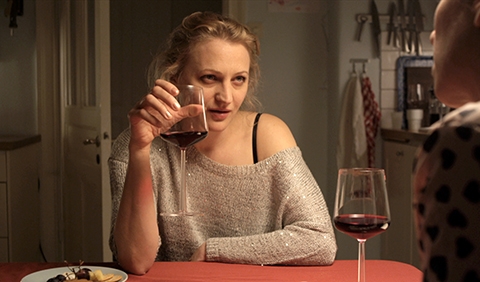 Klara is newly in love and all she wants is to be close to Jacob. Anna times her husband with a stopwatch when he gets their baby’s bottle ready. Vera can’t let go off her former husband. The movie tells the story of three relationships, where the girlfriend, the wife, and the ex-wife all come together in a revealing satire of the arc of relationships —from falling in love to divorce. 
Born in Stockholm, Sweden, in 1987. She worked as a casting director of movies such as Force Majeure (2014) and A Pigeon Sat on a Branch Reflecting on Existence (2014), both exhibited at the 38th Mostra. Katja made her directorial debut in 2012 with the short Nerves. The Ex-Wife is her first feature film.