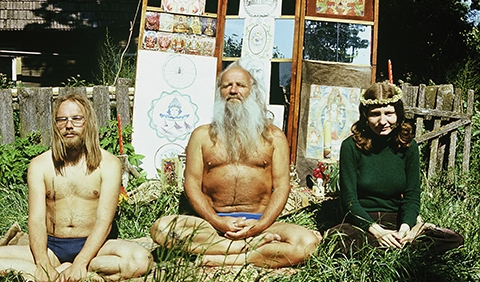 The hippie movement that captivated hundreds of thousands of young people in the West had a profound impact on the other side of the Iron Curtain. Within the Soviet system, a colorful crowd connected those who believed in peace, love, and freedom for their bodies and souls. More than 40 years later, a group of eccentric hippies from Estonia take a road trip to Moscow where the hippies still gather annually on the 1st of June for celebration that is related to the tragic event in 1971, when thousands of Soviet hippies were arrested by the KGB. 
Born in Estonia in 1985. She holds double master degrees in ethnology and in media and communication from the University of Tartu, in her home country, where she is currently pursuing a PhD degree in anthropology. The documentary Wariazone (2011) was her first film.