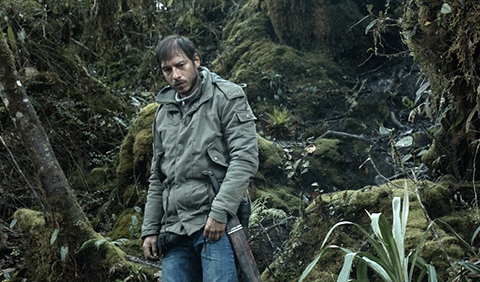 The world is about to end. Two biologists are sent to a nature reserve to investigate the inexplicable death of all the living creatures in it. The park’s mysterious ranger is deeply disturbed by the unsettling visit. Only a sacrifice can save the world.


Born in Colombia in 1975. Director and screenwriter, he studied at the University of Rennes, in France. He worked with advertisement and in 2011 he directed The Squad, his first feature film. The Sacrifice is his second feature.