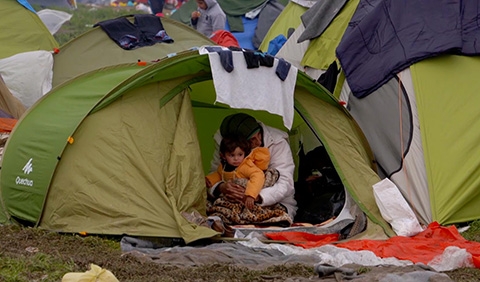 Drawing on her own experience as a wartime evacuee, British actress and campaigner Vanessa Redgrave tells the story of refugees fleeing European war zones throughout the last century and drawing parallels between government attitudes towards refugees in the 1930’s and now.


Born in London in 1937. She is one of the most important actresses in the United Kingdom, who worked in films such as Morgan - A Suitable Case for Treatment (1966) and Isadora (1969), both directed by Karel Reisz and for which she won twice the prize for best actress at the Cannes Film Festival; Blow-Up (1966), by Michelangelo Antonioni; Julia (1977), by Fred Zinnemann, which earned her an Oscar for supporting actress; Howards End (1992, 16th Mostra), by James Ivory, and Lulu on the Bridge (1998, 22nd Mostra), by Paul Auster. Sea Sorrow is her first film as a director.