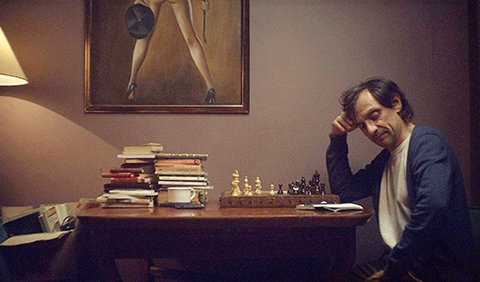 This is the story of three old friends in downtown Bogotá. A chess player and smalltime gambler, a watch-maker who refuses to close down his shop, and a Spanish homeopath obsessed with poker. They spend their days between the legendary chess club Lasker, The Caribbean Casino, and La Normanda, a coffee shop. When the comfort of their routines is put at risk however, each man will have to figure out that in life, as in love, it’s never too late to take a chance. 
Born in Bogotá, Colombia, in 1977. She studied literature and after graduating went into editorial media, working for the publishing house Alfaguara and Taurus. The Dragon Defense is her first feature film.