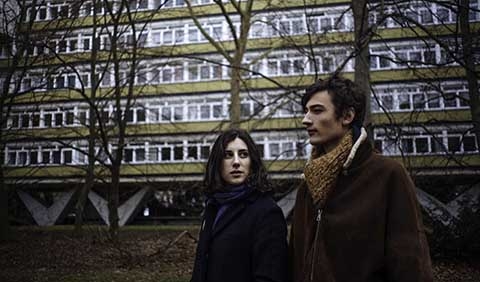 Júlia is a third year architecture student from Barcelona that decides to do an Erasmus semester in Berlin. This is how, without much consideration and driven by her inertia, she leaves her home for the first time. Full of expectancies and lacking life experience, Júlia finds herself lost in a cold and grey Berlin, living her student exchange semester far from that adventure that she initially imagined. Little by little Júlia will build up her life in Berlin and get to know who she is in this new context. 
Born in Barcelona, Spain. She graduated from the Pompeu Fabra University in audiovisual communication. Elena created the theatre lab Els Malnascuts and debut as a theatre director with Like Si Lloras. She has worked as a cinema actress in feature films such as Les Amiges de L’Agata (2015) and Tierras de Soledad (2016). Júlia Ist is her first feature film as a director.