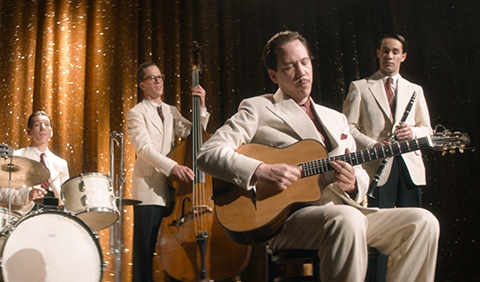 In occupied Paris in 1943, Django Reinhardt is at the pinnacle of his art. The brilliant and carefree jazz guitarist, king of ethereal swing, plays to standing-room-only crowds in the capital’s greatest venues. Meanwhile his gypsy brethren are being persecuted throughout Europe. His life takes a turn for the worse when the Nazi propaganda machine wants to send him on tour in Germany. 
Born in Paris in 1965. Graduated from the La Fémis film school in 1992 and has built a career both as a writer and producer. He produced, among others, the films Of Gods and Men (2010, 34th Mostra), directed by Xavier Beauvois, Timbuktu (2014), by Abderrahmane Sissako, and My King (2015), by Maïwenn. Django is his directional debut.