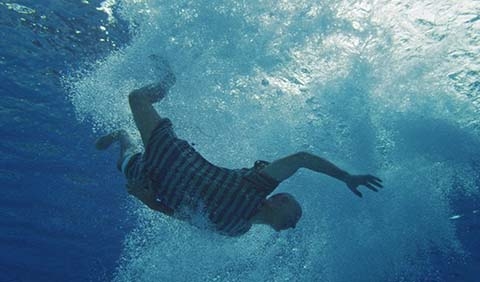 Aqualoucos were clown athletes in swimsuits that used to do the craziest things from a diving board. They were the original mix between skilled jumpers and divers with circus’ clowns. Famous between the 1950’s and 1980’s, they would draw thousands of people to Clube Tietê every weekend. But being an Aqualouco was not a career or source of income, it was the personality of these young men, who found their true call in challenging danger in front of a crowd without getting anything back. 
Filmmaker and playwright, he graduated from the International Academy of Cinema in São Paulo and from the SP Escola de Teatro. Ribeiro produced, wrote and directed several shorts, such as Virgins (2015), Espera (2016) and Anastasia (2017). In 2016, he directed his first feature, Teresinha. Aqualoucos is his second feature film.