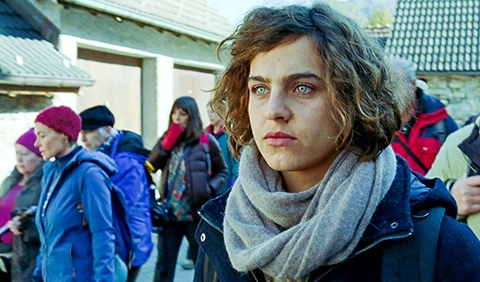 Cora, a 19-year-old girl, has recently returned to the place where she spent her childhood, Bucco. She is helping her father, mayor of the town, to organize the celebrations for the Feast of the Virgin of Bucco, an annual event which attracts many catholic pilgrims and tourists. But the arrival of the mysterious Saverio gradually upsets the harmony of the “holy” place, unearthing a crime committed by the villagers 40 years before. 
Born in Lima, Peru, in 1976. Grew up between Peru, Switzerland and the United States. She studied film at the Lausanne Cantonal Art School. Klaudia directed some short movies, such as La Chienne (2010) and Mermaids (2014), and the documentary for the television Il Matrimonio (2014). Il Nildo is her first feature film.