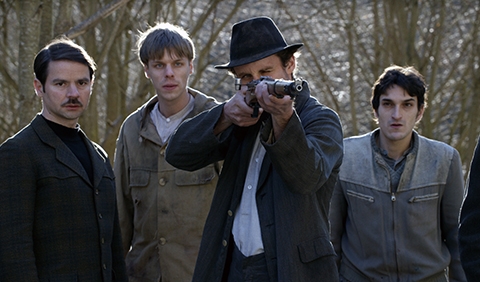 A JEW MUST DIE

A JEW MUST DIE

April 1942. The war seems far away in the small Swiss town of Payerne. Yet the local economy is weak, people are malcontent. The cafes are full of sinister characters. Garage owner Fernand Ischi and his men have sworn fealty to the Nazi Party. They dream of catching Adolf Hitler’s attention. On April 16, the next local cattle fair will take place and Arthur Bloch, a livestock dealer, will attend. That is the day a Jew will be killed as an example. 
Born in Lydney, England, in 1963. He studied at the New York University and worked as art and film critic in Switzerland. He debut in feature film direction with Angels (1990). After that, he worked on TV for many years before directing A Loving Father (2002) and That Day (2007).