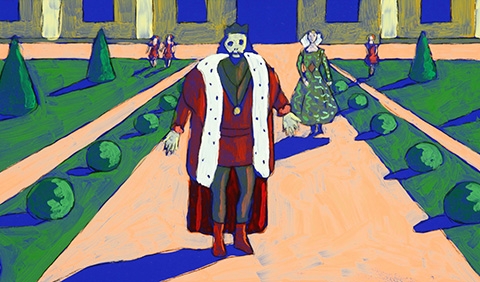 A father rides through the dark forest with his son. The sick child thinks he sees the Erlking, who both charms and frightens him. Based on Goethe`s poem Erlkönig and the music of Schubert and Liszt.