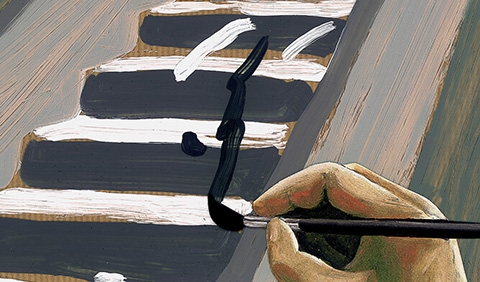 Between a wave’s rhythm and the breath of a young woman in her sleep, some animated paintings go on modifying each other.