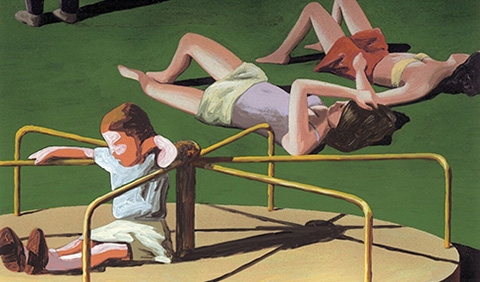 A subjective camera view and a fixed frames alternates on a waltz played by an accordion triggering a short story that evokes the passing of time.