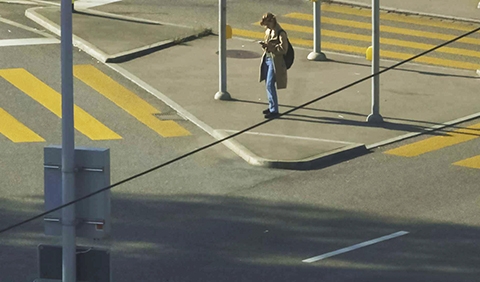 THOSE WHO ARE FINE

THOSE WHO ARE FINE

Alice works in a call center in the outskirts of Zurich, selling internet subscriptions and insurance deals to strangers on the other end of the line. After work she walks through the city, which seems to function without any friction. Inspired by her job, she calls lonely grandmothers and pretends to be their granddaughter in urgent need of money. As she quickly makes a fortune with this trick, various places and people in the city of Zurich are strangely connected to Alice’s deed.


Special Mention of the Jury for first feature at the Locarno Film Festival. 
Born in Zurich, Switzerland, in 1984. Studied filmmaking at the Beijing Central Drama Academy and at the German Film and Television Academy Berlin (DFFB). He directed short films such as Lenny (2009), Stampede (2012) and Modern Times (2013). Those Who Are Fine is his first feature.