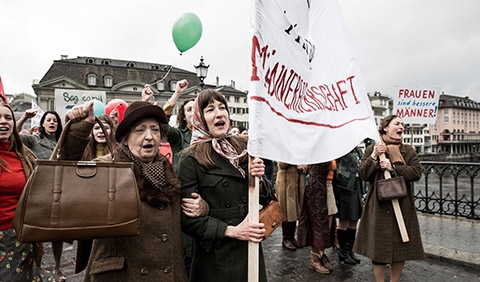 Nora is a young housewife, living in a little village with her husband and their two sons. The Swiss countryside is untouched by the major social upheavals the movement of 1968 has brought about. Nora’s life is not affected either; she is a quiet person who is liked by everybody —until she starts to publicly fight for women’s suffrage, which the men are due to vote on in a ballot on February 7, 1971. 
Born in Suhr, Switzerland, in 1970. She studied art in Zurich and drama and screenplay at the Konrad Wolf School in Potsdam. She made several shorts and films for TV. Her directorial debut for cinema was with the feature film Dreamland (2013). The Divine Order is her second feature.