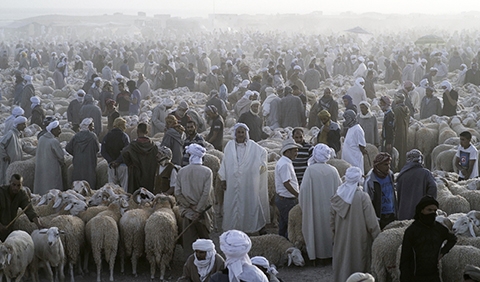 OF SHEEP AND MEN

OF SHEEP AND MEN

Sixteen-year-old Habib dreams of training his prized sheep to become a fighting champion and middle-aged Samir just wants to sell enough sheep before Eid to make ends meet, in this profile of two men in a troubled Algerian community. 
Born in Lausanne, Switzerland, in 1984. After studying international relations in Geneva, he decided to become a documentary filmmaker. He directed the short Babor Casanova (2015). Of Sheep and Men is his first feature film.