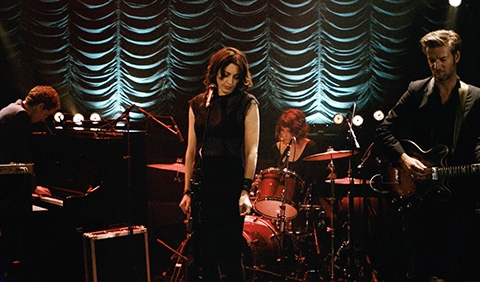 Luisa, a 40-year-old singer, and her companion Julien, a guitarist and composer, have had a group together for many years. One day, her father —whom she has not seen since she was a teenager— comes to see her after a concert. The encounter, during which he tells her he is seriously ill, unsettles Luisa. She begins to look differently at the life she leads. 
Born in Geneva, Switzerland, in 1969. Received degree from the National Institute of Performing Arts in Brussels. She directed the shorts Wedding Night (2001), Nos Jours (2008) and Détours (2012), as well as the documentary feature Kint, de L`autre Côté (2004).