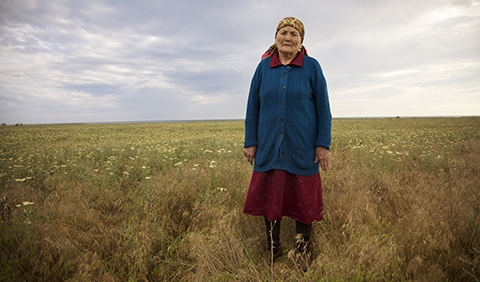 Four personal stories of one Crimean Tatar family, and the extensive experience of people living under occupation. The difficulties, which affect this family, are experienced by the larger community. The film shows not only the regime and the occupation itself, but its consequences, how it affects the lives of ordinary people. 
Born in Wrocław, Poland, in 1985. Studied history of art at the Wrocław University and graduated from the Jagiellonian University in theory of theatre. She is currently studying film direction at the Polish National Film School in Lodz. She directed, among others, the shorts Quantum Fluctuations (2011), Fly or Not to Fly (2013) and Constellations (2014).