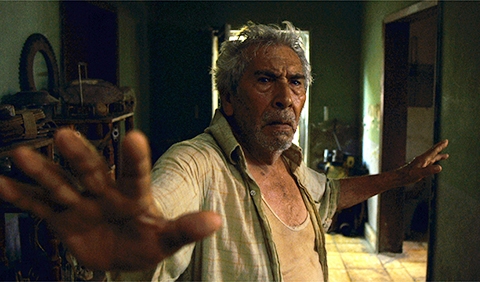 Years ago, Romero, a fisherman, discovered an oil field in his village that caused his friends and neighbors to lose their way of life, and to reject him. Now retired, and haunted by his past, he sets out to reclaim the love and honor he lost decades ago after his fateful discovery. 
Born in Mexico City in 1979. He debut in feature films with Turtle Family (2006). His second film, Cephalopod (2010), was developed at the Cinéfondation-Cannes Residency Program. In 2012, he produced, edited and wrote Fogo (36th Mostra) by Yulene Olaizola, with whom he co-directed Epitaph (2015).