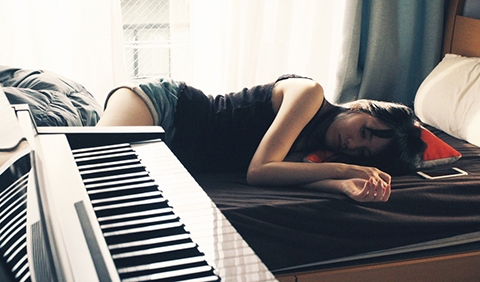 Aoi is a young nursery school teacher whose fiancé leaves her. Her friend Michiko works in a call center and has lots of free time, but little freedom. She no longer interacts with her husband and keeps an affair with Masaki, her tennis teacher. And finally there’s his friend K., a self-proclaimed genius with authoritarian tendencies. Four people in the city of Tokyo united by their love of music. Fate brings them together in a remote abandoned warehouse to work on experimental sounds in an improvised recording studio. 
Born in Japan in 1980. He studied film at the Zokei University, in Tokyo. He made his debut in feature films direction in 2007 with Symptom X. Yoshida is also the director of films such as Household X (2010) and Tokyo Bitch I Love You (2013).