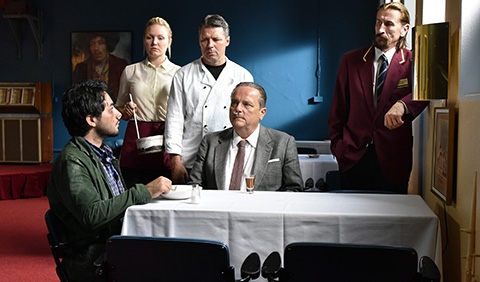 THE OTHER SIDE OF HOPE

THE OTHER SIDE OF HOPE

Khaled arrives at the port of Helsinki concealed in a coal container, fleeing war-torn Syria to seek asylum in Finland. Frustrated by the monolithic administration he encounters at the detention center, he makes a break for it and heads out onto the streets. There he meets Wikström, a former shirt salesman who has recently left his alcoholic wife for a new life as a restaurateur. Together, they help each other to navigate the adversities they face in this unfamiliar and often baffling new world.

Winner of the Silver Bear for best director at the Berlin Film Festival.