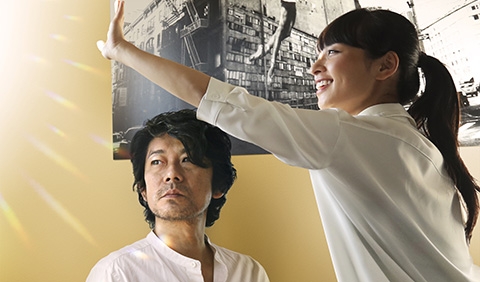 Misako is a writer of film versions for the visually impaired. At a screening, she meets Nakamori, an older photographer who is slowly losing his eyesight. Misako soon discovers Nakamori’s photographs, who will strangely bring her back to her past. Together, they will learn to see the radiant world that was invisible to her eyes.

Winner of Prize of the Ecumenical Jury in Cannes Film Festival.