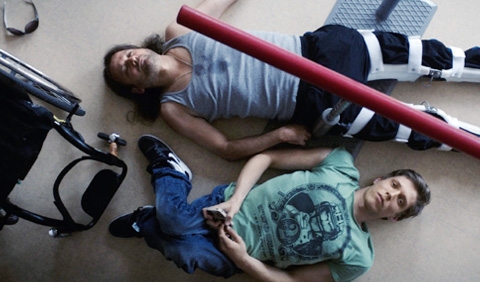 Two disabled lads get together with a wheelchair ex-fireman and form a gang of hired assassins. But things are not what they seem. The boundaries between reality and fiction blur, and the reality is a little more prosaic. 
Born in Budapest, Hungary, in 1971. Graduated from the Hungarian University of Fine Arts. He made his debut as a director in 2008 with the feature film Panic. Till also directed short movies such as Media Plaza (2001), Space (2003) and Beast (2011). He still does several works for Hungarian television.