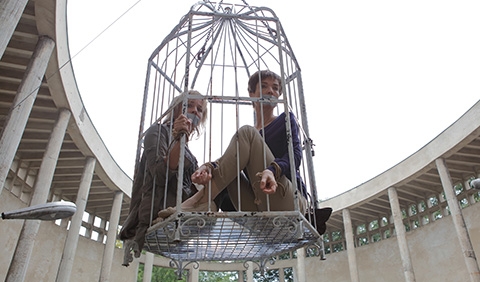 Following the sudden death of a mysterious engine driver in his sixties, the wife, the lover, her illegitimate daughter and an increasing number of shady characters from his spurious past want to know the true identity of the man they loved and know which of them was really loved by the deceased. 
Born in Budapest, Hungary, in 1960. He was an actor, film and theatre director and writer. Kamondi made his directorial debut with the short movie Kiki and the Males (1985). His first fiction feature film was Paths of Death and Angels (1991). He is also the director of other features, such as The Alchemist and the Virgin (1999) and Dolina (2007). Died in 2016 at the age of 55.