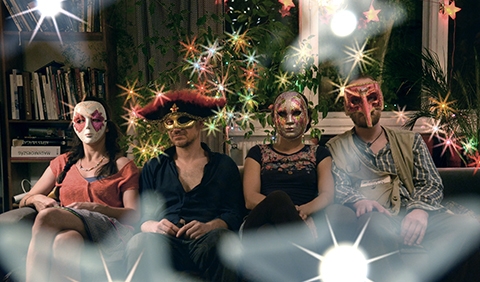 Eszter, her husband, and their five-year-old son are paid an unexpected visit in the middle of the night. Eszter’s sister Ernella, her husband and daughter have returned from a year spent in Scotland where, contrary to expectations, they weren’t able to settle down. It soon becomes clear that the two families had never really been in tune with one another.

Winner of the Crystal Globe of best film and best actor to Szabolcs Hajdu at the Karlovy Vary Film Festival. 
Born in Hungary in 1972. He is a screenwriter, actor and director. He graduated from the University of Theatre and Film Arts Budapest. He directed Sticky Matters, his first feature film, in 2000. Hajdu also signed the direction of others feature films, such as Tamara (2004), White Palms (2007), Bibliothèque Pascal (2010) and Mirage (2014).