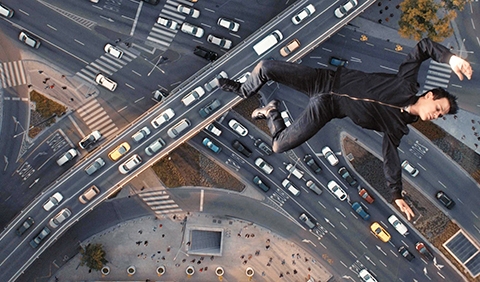 In this surrealistic comedy, little Lilie, happy at the age of 16, becomes a prostitute after she is duped by a gigolo who passed as her friend. In endeavoring to break loose from this situation, Lilie plans to escape, one rainy day, but is savagely knifed. The film is a version for cinema of music by Gravel and Vence, recorded by Darius Milhaud. The tone is of a tragic, impressionistic fable, acted out by director Jean Renoir in the role of the gigolo.


Alberto de Almeida Cavalcanti was born in Rio de Janeiro on February 6, 1897. He started his career as script writer, art director and director in Paris in the twenties, in the early days of cinema. In 1926, he directed a vanguard documentary, Nothing But Time, describing life for some of the workers in Paris during a single day. Cavalcanti moved to England in 1933 to work as a sound engineer and later as producer at the GPO Film Unit, under director John Grierson. With the outbreak of World War II, he transferred to Ealing Studios where he worked for Michael Balcon. There he directed films that were important to his career, such as Champagne Charlie (1944) and They Made me a Fugitive (1947). In the late forties, on invitation of Assis Chateaubriand, he returned to Brazil to be director at Vera Cruz film producers, newly instituted in São Bernardo do Campo. He made some of his best known films in Brazil, with his own producing company (not Vera Cruz) - Simon the One-Eyed (1952) and Woman of Truth (1954). Under pressure for his leftist political position, he again left Brazil in the late fifties and settled in Paris where he produced films for cinema and TV. The last film he directed was La Visite de la Vieille Dame (1971; for TV). He died in Paris on August 23, 1982.