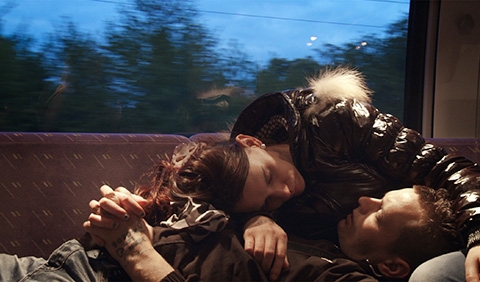 We follow Belinda in three moments of her life. Belinda is 9. She lives with her sister at a children`s home. The authorities part them, so the sisters run away, crossing forests at night to reunite. At 15, she lives with her mother and is about to become godmother to Nicolas, her sister`s son. Belinda is 23. she lives with her father. She loves Thierry, his blue eyes and his accent from the mountains. She will meet him when he is released from jail. 
Born in France. She is a director, screenwriter and cinematographer. Studied philosophy and literature and her debut feature was the documentary With or Without You in 2002. She also directed Take me Away (2004), I Wish I Loved no One (2007), The Place (2012) and Forbach Forever (2016).