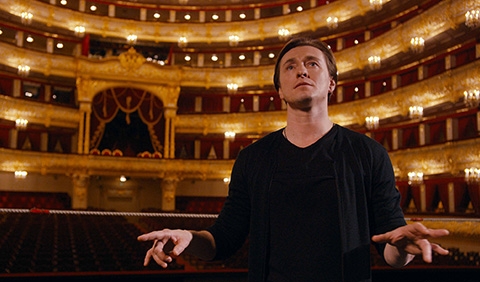 Aleksey Temnikov is a renowned ballet dancer, and an acknowledged genius whose career was cut abruptly short after sustaining an injury. Twenty years later, Aleksey discovers that his condition is degenerative, and that he will soon lose the ability to walk. For him, this means only one thing —death. Before this happens, Aleksey sets out to choreograph a ballet he envisaged long before, but never staged for fear of failure. However, returning to the world of ballet will not be easy for a man who has made so many enemies over the course of his life, not to mention the many years spent away from the theater. 
Born in Irkutsk, Russia, in 1983. In 2008, she moved to Moscow and graduated at the Gerasimov Institute of Cinematography (VGIK) in 2013. She directed films like the documentaries Musician (2011) and Mariinsky theatre and Valery Gergiev (2012) and the fictional features Satisfaction (2010) and Milky Way (2015).