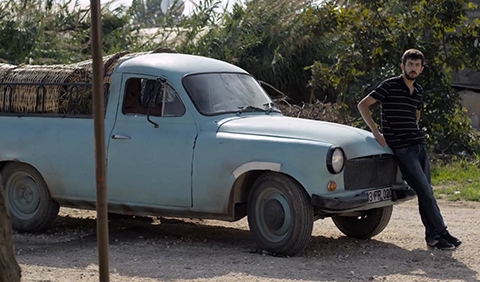 In a field surrounded and squeezed by increasing industrialization, an immigrant family, deep in financial debt, struggles to survive through traditional farming. Their son, Ibrahim, determined to find his own way, dreams of a different future for himself. Ibrahim is surrounded by not only his family’s feudal circumstances but also the merciless system of the region. However, he finds that it is not so easy to turn a dream into reality. 
Born in Turkey in 1974. He has a master`s degree in engineering physics and has published the novel Defne as well as several short stories. He directed short films like Metamorphosis (2012) and Section (2013) and documentaries as In Search of Past Time (2014). Yellow Heat is his first feature film.