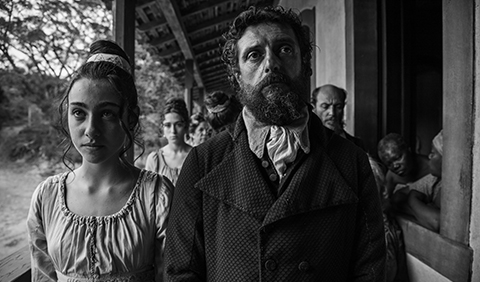 Minas Gerais, Brazil, 1821. Upon his return to the imposing farmhouse, Antonio, a slave trader, finds out that his wife died in labour. Lonely and isolated in an unproductive land, he marries Beatriz, a young girl, who dashes his plans of having children. Antonio returns to his trading expeditions of cattle and slaves. Alone in a huge house, Beatriz finds company with the slaves. A treason immerses the family in an escalate of violence, the announcement of changing winds.