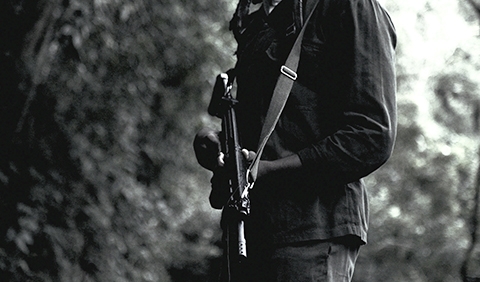 The story of the Araguaia Guerrilla (1967-1974) from the impressions, memories and traumas of Brazilian Army recruits who took part in the conflict. From the summons to the riverside and rural communities to the dispensation after the extermination of the communist guerrilla, the reports of the former soldiers compose a narrative in which recruits and guerrillas are confused under military oppression. In Brazilian “Vietnam”, the winners return as ghosts: they must fight until today to overcome the episodes of abuse and violence that they have suffered and witnessed.