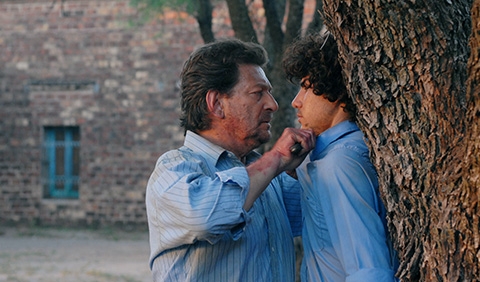 Santiago wakes up in the desert and goes to his father’s house who receives him at gunpoint. Ernesto decides to sacrifice Arón, the dog, but phantasmagoric apparitions shake the family’s foundations. 
Born in Argentina. She studied image and sound design at the University of Buenos Aires. She has worked as an assistant director and has written and directed the medium-length film ¡Al Fin, Mi Vida! (2005) and the short Un Plan Perfecto (2006). Being Awake is her first feature.