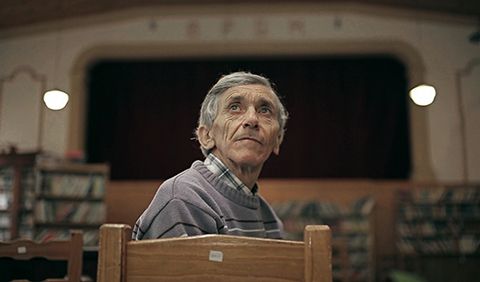 Omar began to build a movie theatre above his home, all by himself and without telling anyone. It took him four years. He opened the cinema with a projector from 1928, got the seats from the old village cinema and set up the screen painting a canvas that his wife helped him hang. This room became his refuge. After ten years of trying to keep it running, his brothers decided to sell the land where Omar`s house and theatre were. He had to move. Omar did not give up and started again, slowly and quietly. 
Based in Buenos Aires, Argentina, where studied image and sound. She works with cinema and publicity since 2002. She directed shorts such as Seis Horas Así (2001) and Madreselva (2015). A Concrete Cinema is her first feature film.