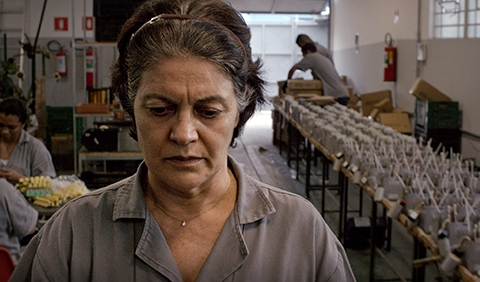 Rosalia is a 65-year-old who dedicated her life to work in a reactor factory on the outskirts of São Paulo. She is fired, and, depressed, is consoled by her brother José, who decides to take her along with him on a car trip to Buenos Aires. In that journey Rosalia sees for the first time an unknown and distant world from her daily life, which will subtly transform an essential part of her. 
Born in 1981 in Brazil. Graduated in 2005 in filmmaking from the FAAP in São Paulo. She directed the short films Dalva (2005), shot during film school years, and Joyce (2006). She edited several films, among them Red Russian, directed by Charly Braun (2016, 40th Mostra). A Window to Rosália is her first feature film.