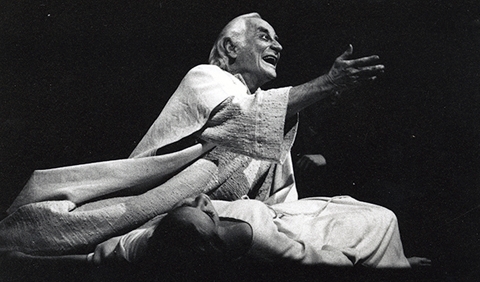 A portrait of the evolution of theater on the 20th century, and a deep analysis about the art of acting throughout the career of Paulo Autran (1922-2007), one of the most important actors in Brazil. A director and screenwriter, he directed the documentary Jards Macalé - Um Morcego na Porta Principal (2008) with João Pimentel. He also codirected Mário Lago (2013, 37th Mostra) with Markão Oliveira. In theater, he was the musical director of the play A Dog’s Will, directed by Antonio Abujamra.