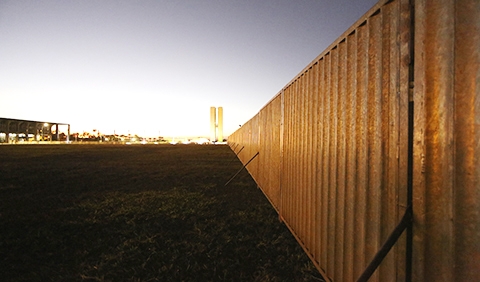 The narrative of the documentary unfolds throughout the series of protests that gathered millions of citizens across the country during the impeachment process of President Dilma Rousseff, in 2016. In Brasília, a steel wall was erected outside the Congress to separate big protests related to impeachment —a perfect symbol for the country`s divided democracy. The documentary also leads the public on a trip to Germany in search of the memory of the Berlin Wall and Israel, where the Cisjordan and the ramparts of Gaza separate groups and families without the possibility of coexistence, and examines the risks of Brazil becoming a hostage to a culture of separation due to extreme ideologies. 
Born in Rio de Janeiro, Brazil, in 1963. Filmmaker and producer, he is one of the founders of Conspiração Filmes. He directed the documentaries Pierre Fatumbi Verger: Messenger Between 2 Worlds (2000) and O Mistério do Samba (2008), this one with Carolina Jabor, and the fiction feature films Casseta & Planeta - A Taça do Mundo É Nossa (2003) and O Vendedor de Passados (2015).