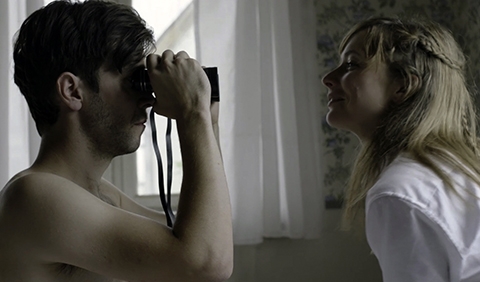 Lisa and Jacob just got married. The same night, they drive away for their honeymoon somewhere in the countryside of Denmark. However, Jacob has no idea where they are going as Lisa has made all the preparation secretly. Everything goes according to the plan until Lisa realizes that her project is harming their love and their faith is turning into fear. 
Born in 1986. He graduated from the Film School of the Aristotle University of Thessaloniki and studied at the Super16 Film School in Denmark. He directed short movies such as Atiimo Fuggente (2008) and Euroman (2015), in addition to the documentary feature The Champions: a Comic Tale (2011). Thorn is his second feature film.