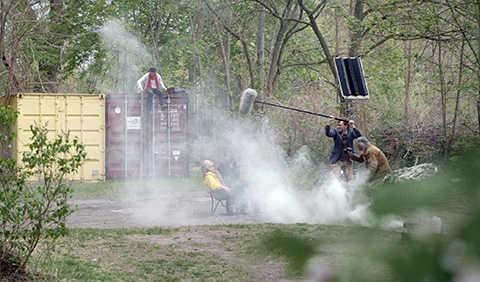 The famous director Sandro is shooting invisible films with faith in the purity of his work. Having promised the leading role of his new film to his big love, he has to face the fact that there is nothing to see in his films. 
Born in Almaty, Kazakhstan, in 1974. Studied at the Academy of Arts, in Düsseldorf, and at the VGIK Filmschool, in Moscow. He also post-graduated at the German Film and Television Academy in Berlin (DFFB). Directed, among others, the shorts Jolka (2000), Immendo (2001) and Shooting (2011) and the feature 28 ½ (2013). The Invisible Film is his second feature film.