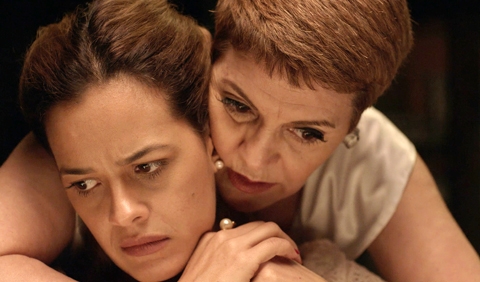 Bethania gets back to her lands, where once operated her family`s sugar mill. Between pictures, fantastic creatures, bills to pay and workers claiming their rights over land, Bethania faces herself in a present in which the past and the future are both menacing. 
Born in Recife, Brazil, in 1970. She started her career in contemporary art. Sponsored by the British Council, she was a resident artist at John Moores University, in England, and studied cinema at the Institut National de L’audiovisuel, in Paris. She directed, among others, the short films Superbarroco (2008) and Praça Walt Disney (2011), codirected by Sergio Oliveira, and the features Estradeiros (2011), also in partnership with Sergio Oliveira, and Love, Plastic and Noise (2013, 37th Mostra).