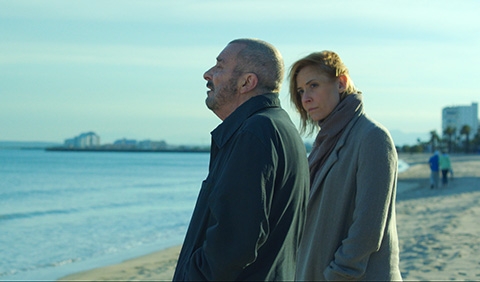 Carla gets a call from her sister: her father, to whom she hasn’t spoken for some time, is ill. That same day, Carla takes a flight to Almeria, her home town. There, the doctors give her father a few months of life. She refuses to accept this and, against everyone’s opinion, decides to take him to Barcelona for treatment. The two of them set out on a journey to escape a reality that neither dares to face.


Born in Spain. He studied film at the New York University and, later, made direction and script courses at the International School of Film and Television of Cuba. He directed several shorts, including What Elena Wants (2007). He currently works directing publicity commercials. Can’t Say Goodbye is his first feature film.