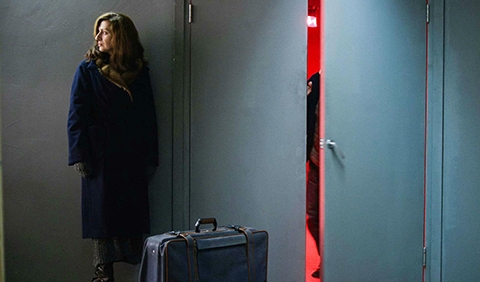 A 50-year-old housewife, Manana, struggles with her dilemma. She has to choose between her family life and her passion, writing, which she had repressed for years. Manana decides to follow her passion and plunges herself into writing, sacrificing to it mentally and physically.

Winner of Best First Feature at the Locarno Film Festival. 
Born in Tbilisi, Georgia, in 1990. She graduated from the Shota Rustaveli Theatre and Film University in 2013 and directed several short films such as Ideas (2010) and One Man Loved Me (2012). Scary Mother is her first feature film.