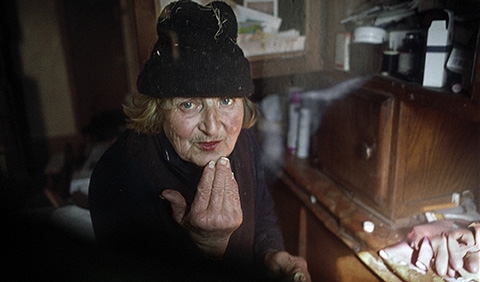 Claudette, 75 years old, and her neighbors, all peasant farmers from a rural underclass in the Forez, France, feel that consumerist society is ignoring them while at the same time gradually taking over what remains of their cultural heritage and know-how. But Claudette, Jean-Clément, Christiane, Raymond, Mathilde and all the others will resist and struggle daily. 
Born in Montbrison, France, in 1969. In 1992 he left his country and settled in the United States. As a photographer, he has published and exhibited his work in international magazines and galleries. He published three books and one of them, Face au Silence, won the European Publishers Award for Photography. No Farewells was his first feature film. Agou died in New York in 2015 at the age of 45.