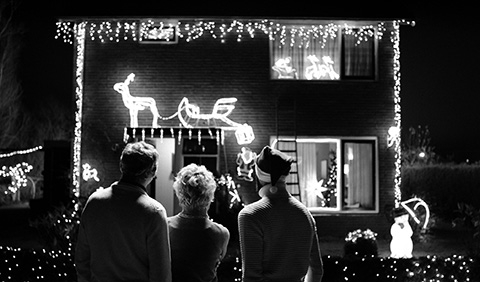 Koen attends a family reunion and nearly overdoses on ham and milk. Amateur photographer Stefaan takes an awkward trip down memory lane. Kjell travels back in time in an attempt to raise his self-esteem. Karel is abducted by aliens and comes back as a mutant. Jef’s paranoia gets in the way when he tries to impress his new in-laws. A film about life in general and troubled men in particular. 
Born in Harderwijk, The Netherlands, in 1979. Director and screenwriter, he graduated from the Netherlands Film and Television Academy. Directed the shorts Jacco`s Film (2009) and Bukowski (2010). Quality Time is his first feature film.