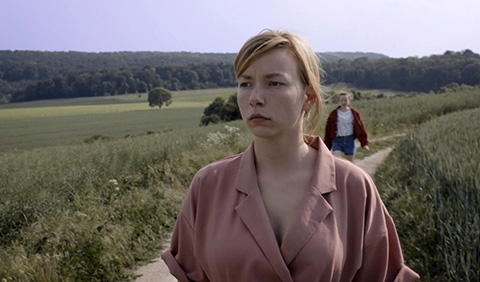 A village is being gradually displaced by surface mining. Massive sources of brown coal underneath the streets and the excavators are coming closer, while the last villagers are forced to leave their houses. The last days of the community are told in a multiperspectiv way, which focuses on Robert, Helena, Birk, Greta and Margit, while their time in their old homes is running out. 
She began to study performing arts and media studies at the University of Hildesheim in 2014. In the same year, the theatre and performance group Zwietracht Hildesheim was founded. She directed the short film Matrose (2015). 
He is a student of scenic arts at the University of Hildesheim. Gilles directed the short films Ten Limbs (2014) e Halbakt (2015). 
She started to study art history in Vienna before switching to scenic arts at the University of Hildesheim. She wrote and directed her short film Herlinde (2015). 
Was a director`s assistant at Theater Aachen for two years while also being a part of the film crew Beduinen des Westens. She wrote and directed the short films Rosten (2014) and I Don’t Stand on Your Moral Ground (2015).