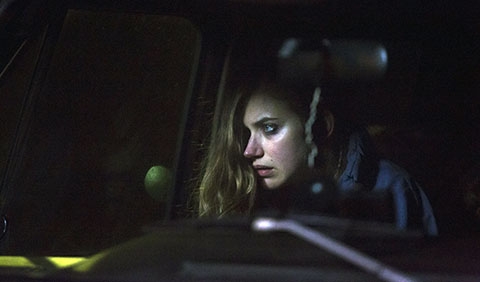 In forgotten towns along the American border, a young mother drifts from one motel to the next with her boyfriend and her 8-year-old-son. The makeshift family scrapes by living one hustle at a time, until the discovery of a mobile home community offers an alternative life. 
Born in Paris in 1987. Studied at Tisch School of the Arts in New York. In 2013 he directed the short film Mobile Homes that inspired this feature. He also directed, among others, the short What Lies Beneath the Sky (2015), and co-directed Memoria (2015) with Nina Ljeti.